The Evaluation of Lighting for Horticultural Applications

The Evaluation of Lighting for Horticultural Applications

Recently, there has been an explosion of interest in horticultural lighting among plant growers, energy efficiency program stakeholders, and lighting manufacturers. This increased interest has been fueled by the rapid growth of lighting technology and its application to the way that we grow plants. 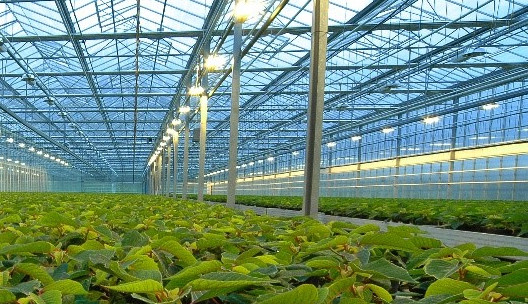 In simple terms, LED technology has allowed biologists and agriculturists to tune their light to the exact needs of the plants. The same LED technology is also making it possible to capture huge energy savings over the previous horticultural lighting technologies. Of course, when there is such a huge shift in a technology, new metrics and specifications soon follow to predict and verify the efficacy of the application. In the past year, the American Society of Agricultural and Biological Engineers (ASABE) released a standard defining the quantities and units associated with the measurement of light for plants, and is currently developing standards for its measurement. The Illuminating Engineering Society (IES) is working on a standard for the measurement of light that is intended to be applicable to horticultural lighting. The DesignLights Consortium (DLC) has announced that it intends to release a new Horticultural Lighting QPL (Qualified Product List) in October of 2018.

The task of specifying and applying Horticultural Lighting can be separated into two tasks: Lighting to aid the growth of plants and Lighting to aid humans in their tasks related to the plants. 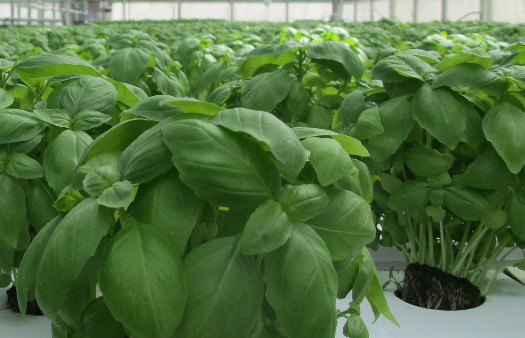 Quantum metrics break the radiometric measurements into the smallest units of radiant energy, called photons. For this reason, some references use the term “photon counting” to refer to the expression of radiometric quantities in quantum terms. 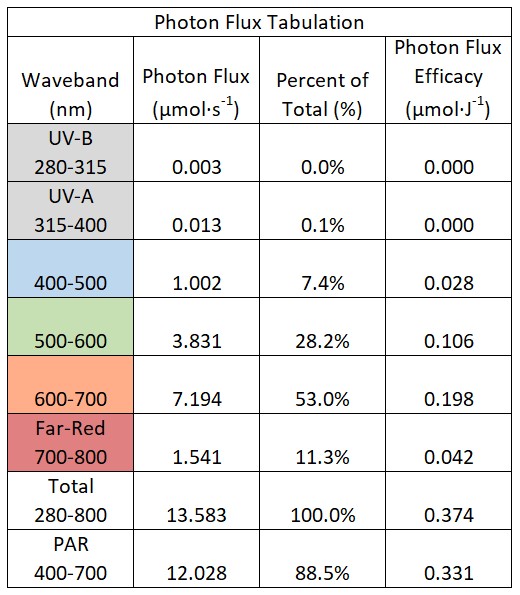 Since photons are very small, they are usually grouped together in quantities called moles. The flux, or transfer of photons per unit time, is often expressed as the amount of photons (moles or μmoles) counted per second. The amount of photon flux incident on a surface in a particular application can be directly measured or calculated from the intensity distribution. This quantity is called the Photon Flux Density (expressed as moles or µmoles per second per square meter). This Photon Flux Density can be very useful when determining how much light can be expected to reach the plants. When the photons are sorted into the number of photons counted per second at each wavelength, a Spectral Quantum Distribution (SQD) can be developed. The SQD can furthermore be summed across specific wavelength ranges to help quantify specific qualities of the light source based on its applicability to plant growth.

Metrics based on plant-response to radiation have been developed based on scientific studies, and many are currently being used within the industry to predict the performance of horticultural lighting for a given application. Standard horticultural lighting test reports include the more-common quantities that are currently requested by lighting designers, energy efficiency programs, and end-users. Light between the wavelength interval of 400nm to 700nm has been shown to contribute to the process of photosynthesis. The radiation in this wavelength range is therefore called Photosynthetically Active Radiation (PAR). The sum of the photons counted per second within the PAR range is called the Photosynthetic Photon Flux (PPF). Studies of the efficacy of light at specific wavelengths have resulted in a generally-accepted yield curve averaged across a variety of plant species. When this yield curve is applied to the SQD, quantities based on yield can be calculated. Additionally, studies have shown that plants have photobiological responses to light in addition to their photosynthetic response. These photobiological responses show a response to light in wavelength ranges beyond the PAR region, extending into the UV-A and UV-B regions, as well as into the near-infra-red region. This expanded range of wavelengths is called Photobiologically Active Radiation (PBAR).

LightLab International Allentown, LLC test reports provide the information needed for evaluating luminaires based on the most common metrics used in the industry today. We are also capable of providing test results to verify compliance to the draft DLC requirements for LED-Based Horticultural Lighting. 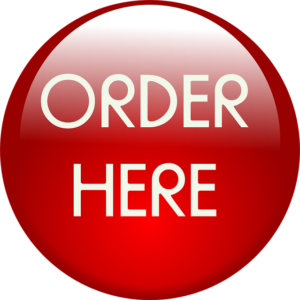