You may have heard a lot of talk about glare in the past several months. One of the main reasons for this is that lighting products with higher energy efficiency often have a higher potential for glare. For example, one of the most common ways to reduce glare is to reduce high-angle light produced by luminaires. The reduction of this high-angle light usually requires secondary optics like lenses, louvers, and baffles, which all reduce the amount of light that a luminaire can produce. Additionally, the reduction of high-angle light also will reduce the spacing of luminaires necessary to provide uniform illumination. So, the question becomes, “How much energy do I need to give up in order to provide a reasonable amount of visual comfort?” This is where the UGR enters the picture.

“How much energy do I need to give up in order to provide a reasonable amount of visual comfort?” 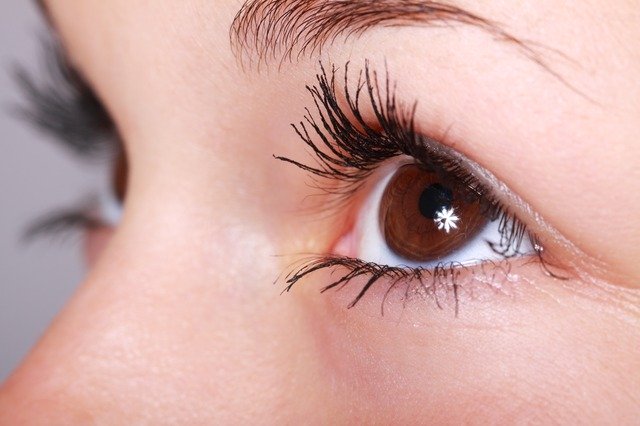 The Unified Glare Rating, or UGR, is a metric that was developed to assess the likelihood that a luminaire will cause an observer to experience discomfort glare. Studies have shown that the perception of discomfort glare is dependent upon the direct luminance of the light sources, the viewer’s light adaptation, and the luminance of the background scene. A formula developed by the CIE, and defined in CIE 117-1995, relates these factors to the likelihood of experiencing glare as expressed in a quantity called the UGR. Since the UGR is based on the physical environment that a luminaire will be installed in, it is not possible to ascribe a UGR value to a luminaire alone. For example, a luminaire in a black room would have a higher chance of causing discomfort glare. The same luminaire in a brightly lit space, however, may not be perceived to cause glare at all. Since a luminaire can be installed in a variety of different room conditions, a standardized table was developed by the CIE (CIE 190-2010) to allow the evaluation and comparison of luminaires.

If you haven’t heard about UGR, you will probably see more requests for it soon. The DLC is requiring a standard table (per CIE 190-2010) for luminaires seeking DLC Premium 5.1, and for products pursuing efficacy allowances based on glare control. You can expect it to become more prevalent as other specifications begin to follow suit.

In anticipation of this increased interest, we have begun to include UGR tables as a standard part of our indoor test report. Look for the UGR table in your next report. 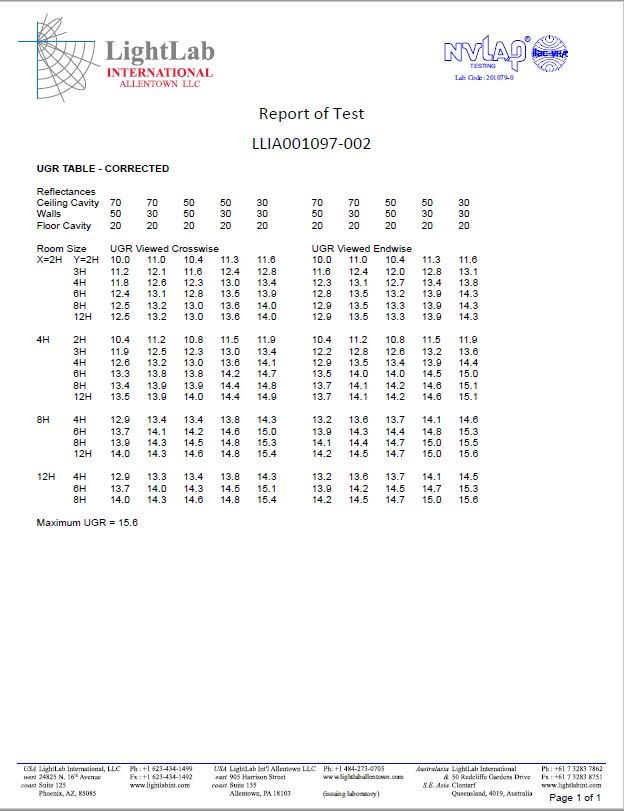 If you have any questions about UGR tables, or would like more information about any of our other testing services, you can contact us through the contact information below.

Our Status During the COVID-19 Pandemic: Due to the nature of our laboratory’s work, we have been issued a waiver by the office of our Governor and allowed to continue to provide services on a limited basis. We are committed to the safety and health of our staff and the greater community and are monitoring the updates and recommendations from the CDC on a daily basis.
Posted inAll DLC Energy Efficiency Programs Photometry
READY TO GET STARTED?